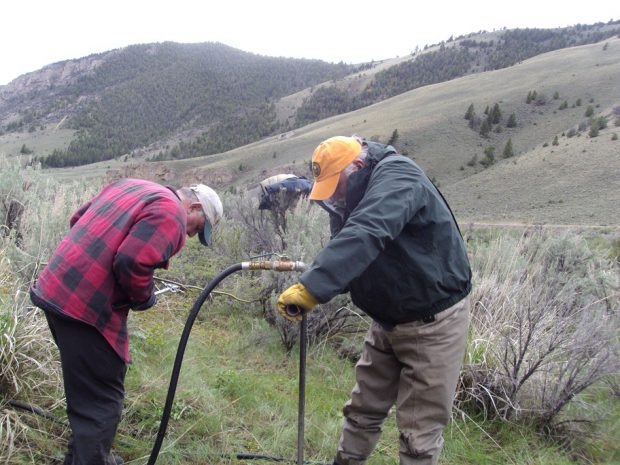 Posted On January 25, 2018 ~ 0 Comments
For the 29th consecutive year the Snake River Cutthroats conducted a springtime conservation project in the Salmon/Lemhi River drainage. This year’s project was on Canyon…

Posted On May 10, 2018 ~ 0 Comments
The 2018 Conservation Project is schedule for May 19th at Canyon Creek near Leadore. Check out the Events calendar for all the details and check…

Posted On February 6, 2018 ~ 0 Comments
The Snake River Cutthroats completed a fencing project on the Amonson Ranch at Leadore, which completed a project begun in 2006 by then Cutthroat President,…