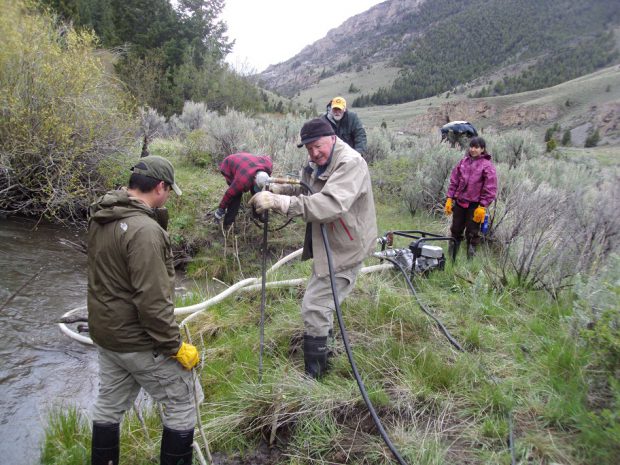 For the 28th consecutive year the Snake River Cutthroats conducted our springtime conservation project in the Salmon/Lemhi River drainage. This year’s project was on Canyon Creek, a Lemhi River tributary east of Leadore. This is the third project that the Cutthroats have done on Canyon Creek.  This project is part of a Forest Service five year plan to restore four miles of Canyon Creek. Canyon Creek was reconnected to the Lemhi a few years ago, which will ultimately restore previously lost spawning habitat for anadromous fish. The weather was a bit more challenging this year. So it was really nice to have Buck’s “tent” for cooking.

Forest Service biologist Craig Hemping who directed the project had plans to place root wads or to plant willows at 30 sites. Willows will provide shade and stabilize eroding stream banks, while the root wads help reduce erosion, stabilize stream banks and provide fish habitat. We finished all the sites by mid-afternoon and returned to the Smokey Cub campground to prepare and enjoy  the traditional steak bbq. 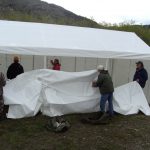 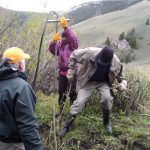 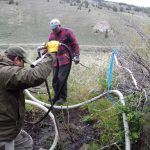 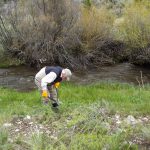 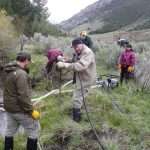 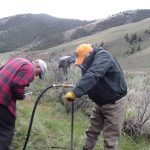 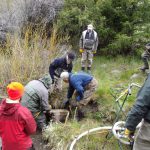 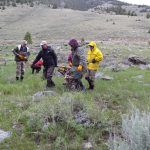 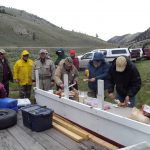 The Eastside Soil Conservation District generously allowed us to use their water jet as they have in the past. The Forest Service has acquired ther own water jet, which helped speed the project along faster than expected.

Thanks to Pat Marushia, Richard Cain, Wade Allen and Duane O’Reilly for helping with the cooking and the cleanup. Thanks to everyone who brought food to share and stories about fish caught or the one that got away that just get bigger every year. Another great project!

Posted On May 10, 2018 ~ 0 Comments
The 2018 Conservation Project is schedule for May 19th at Canyon Creek near Leadore. Check out the Events calendar for all the details and check…

Conservation Stories from the Region

Posted On January 24, 2018 ~ 0 Comments
In the physical sense Dubois, Wyoming sits in splendid isolation. The Wind River flows through town, several quality streams are nearby as are almost countless…

Posted On February 7, 2018 ~ 0 Comments
by Paul Patterson For the 28th consecutive year the Snake River Cutthroats conducted our springtime conservation project in the Salmon/Lemhi River drainage. This year’s project…